When Outway Founder Rob Fraser saw the cost of their paid ads nearly triple in a 12-month period, he knew they needed a new lever for customer acquisition. One that wasn’t as costly or inconsistent as paid performance. He thought that if Outway could find a new way to acquire customers at a lower cost and for higher return on investment, they could lower their blended cost to acquire and grow at a faster rate.

Thinking about a new way to grow, Rob said “word of mouth has always been a big driver for revenue. Our product is a conversation starter by nature. The question for us was how do we activate that digitally?”

However, without a reliable attribution system in place, measuring their word-of-mouth revenue was nothing shy of a guessing game. On top of that, he was conﬁdent that Outway was leaving a lot of money on the table by not placing the right incentives in place.

If Outway could incentivize more referrals, and track existing word-of-mouth, then they would be able to diversify growth away from paid channels.

“Afﬁliate and referral is a channel we hadn’t put much effort into really because we couldn’t ﬁnd a good solution and weren’t satisﬁed with the other apps out there. That’s why I tweeted looking for recommendations, and Social Snowball was the only one recommended in the replies.” -Rob Fraser, Founder of Outway Socks

The Problem: Not all Referral Programs are Equal

Was this the first time Outway was thinking of referrals as a growth channel? Actually, it wasn’t.

Six years ago, Rob had tested launching a referral program with just about every affiliate, referral, and ambassador app that exists for Shopify. But, no matter which app Rob tested, there was always key functionality that was missing. This forced him to sunset the referral programs he tested, and focus on other ways to grow.

The biggest challenge was finding a solution that kept discount codes organized in the Shopify back-end, was easily automated, and allowed for a seamless payout process for the incentives offered.

Plus, the effects that a referral program has on the rest of your ecommerce operations, “what so many brand owners don’t realize is that there’s so many 2nd, 3rd, and 4th order effects of running a referral program that you have to consider. All the other apps only looked at solving one or two problems and ignored the other issues it would cause.”

The replies were unanimous. Social Snowball was the solution that Outway hadn’t yet tried. The Solution: Implementing a Turn-Key Holistic Approach to a Referral Program

Social Snowball was created by Noah Tucker, a full time ecommerce brand operator who leveraged affiliate marketing as a growth channel. When operating his own brands, Noah realized that the affiliate and referral software on the Shopify app store left lots to be desired. To help his own brand, and brands who ran into roadblocks like him, Noah decided to create his own platform with functionality he knew was needed.

After seeing Social Snowball, Rob saw the difference, “the reason we decided to use Social Snowball is because it was the only app where the entire referral process was well thought from Shopify’s end, the merchant’s end, and the customer’s end, all while actually delivering on the goal of driving signiﬁcant revenue. Every eCommerce store can beneﬁt from a program like this.” So, the Outway team began implementing Social Snowball’s modern approach to an afﬁliate program.

They spent the ﬁrst week discussing best practices with their dedicated CSM, activating important features, and integrating their program with other marketing tools like Klaviyo.

Conﬁguring the right incentives was a crucial part of Outway’s referral strategy. Rob wanted to make sure afﬁliates were genuinely motivated and excited to share their love for the brand. By incentivizing referrals with $15 CAD cash, customers are strongly incentivized to share–Especially when they love the brand and are willing to share anyways.

Why cash? Rob said, “we thought offering a generous ﬂat fee per referral, paid in cash, would perform best. We didn’t want to make it a percentage of sale because we tried to keep it as simple to understand for the customer as possible.”

With each new customer, a unique discount code is created neatly in the Shopify back-end and shared with the customer on the post-purchase thank-you page.

On top of automating afﬁliate activation from new customers, Rob made sure to capture referral value from their current fanbase, “we also wanted to get activation out of our pre-existing customer base and audience so we sent out an email to our multi-hundred-thousand list and let them know about the afﬁliate program, as well as built a really clean and simple landing page for the program,” he said.

Outway’s existing customers and owned audience were thrilled to ﬁnally have a productive way to share their love for Outway’s awesome products.

In addition to new customers becoming referees, and existing customers being incentivized to share the brand with their network, Outway was better able to measure word-of-mouth attribution.

“There wasn’t a good way to track our organic attribution other than calculating all the places that we do measure attribution and then categorizing all of the rest as organic and word-of-mouth” -Rob Fraser, Founder of Outway

The Results: The Affiliate Program That Worked

Once the program was up and running, Rob and his team were pleasantly surprised with how little effort the program took to maintain. Within the ﬁrst 24 hours after launching, Rob was conﬁdent that Social Snowball was the tool he had been wishing for over the past 6 years. Why? In 24 hours, they smashed their ﬁrst week’s goal of 1,000 signups. By the time that ﬁrst week was over, they had over 5,000 active afﬁliates sharing their love of Outway to friends, family members, and social media channels.

Their goal was to drive revenue at a 3x ROI, so when the team realized that the program was cruising at a 5x ROI, they were thrilled.

One key to success? Rob added, “the nature of the program has a lot of virality to it. The fact that every new customer has the ability to share and refer means that the program basically runs itself. Our main job now is to stay out of the way.”

Although a high ROI is always great, it doesn’t matter much if it’s only generating a small fraction of a percent of your top-line sales. In a short time-frame, Outway’s referral program was attributing over 9% of their total revenue within a couple weeks. This increase in revenue with results-based-only costs has worked wonders for Outway’s blended cost to acquire customers.

Plus, the word-of-mouth attribution has been game changing, “now we are able to put a number on our word-of-mouth marketing and see how much revenue it’s driving. Being able to see who is sharing us the most uncovered who our biggest fans and supporters are.” Outway is now able to predict and forecast how much revenue they can expect from referrals,

The right referral program can change your business

Social Snowball is now a key piece of Outway’s tech stack. They consistently and predictably acquire thousands of new loyal customers at a consistent cost to acquire–on autopilot.

Other brands with basic referral programs, or brands who have thought about referrals and not yet pulled the trigger, should look at Social Snowball’s modern approach to affiliate marketing. After Outway tested every platform on the market, Social Snowball was what made the difference.

Social Snowball offers a 30-day free trial, or book a demo to learn more about the platform and our approach to structuring a successful affiliate program. How Latico Leathers Increased Referral Revenue by Over $18,000 at a 17.3x ROI How Tailored Athlete Increased Referral Program Revenue by Over 440% 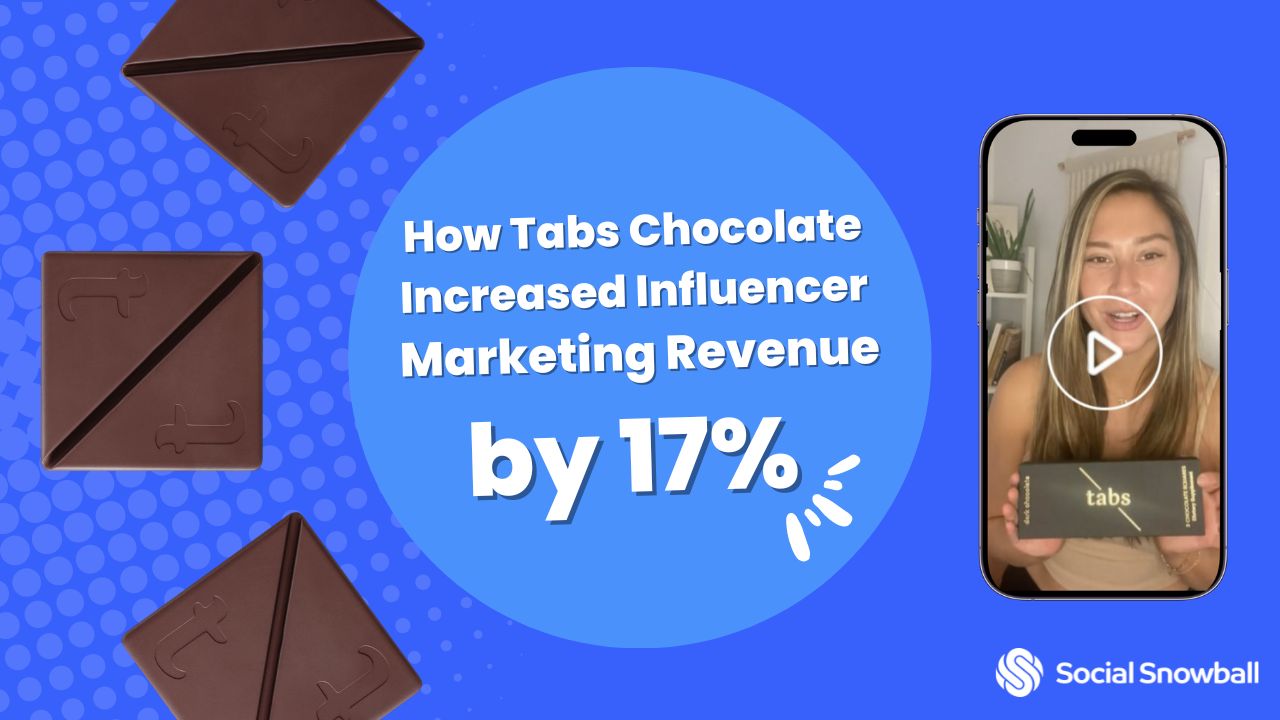